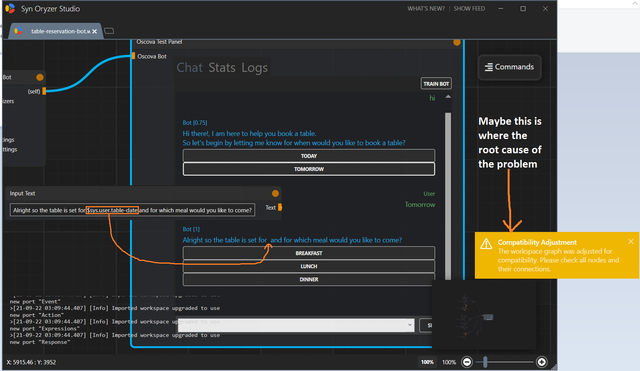 Apparently, he is using an older version of Oryzer Studio which for some reason no where to be found from the internet. I followed his tutorial step-by-step several times but when I try the bot using Oscova Test Panel it always doesn't show $sys.user.table-date value for me. When I tried to use his ".west" file in Visual Studio it works perfectly using The Nuget package "Syn.Bot". But mine which created using "Oryzer Studio 3.5", it doesn't move to the next respond in Visual Studio !!

I confirmed this by downloading his ".west" file and modifying one little thing in it using "Oryzer Studio 3.5" and the problems appears again in Visual Studio 2019 as well as in Oscova Test Panel. Please, if someone can give me a link where I can get to download older versions of Oryzer Studio, I'll be really really glad.

Try to use $user.table-date, I believe the latest version removed the requirement of prefixing User and Bot variables with Sys.
Help us build a better community by following us:

Ok, I just did that but nothing changed. Same problem after saving the file, training the bot and testing on Oscova Test Panel. By the way, The issue is only happening with those two variables $sys.user.table-date and $sys.user.table-num ,
look at https://www.codeproject.com/Articles/52 ... harp-using

But $sys.number for number of people selected and mobile number is shown on response text. 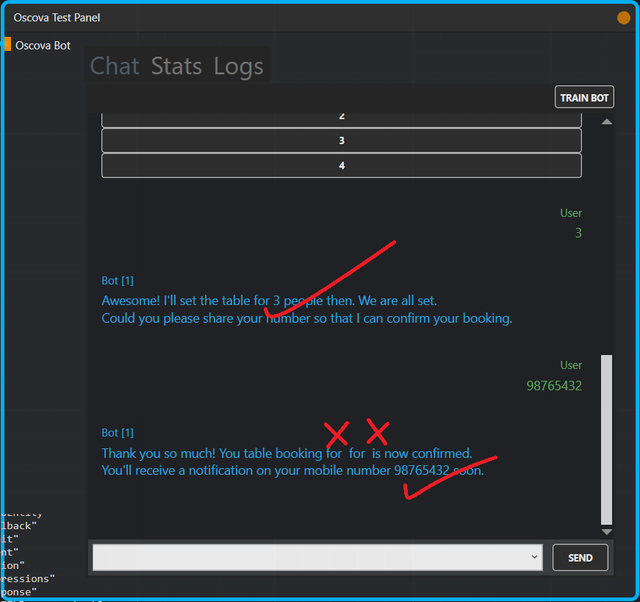 Its frustrating, I don't know why they didn't put previous versions there just in case the latest one didn't do well.
Post Reply
3 posts • Page 1 of 1

Return to “Report Bugs and Issues”

Users browsing this forum: No registered users and 1 guest

Synthetic Intelligence Network is a brand of REVARN® Cybernetics LLP.

This is a general discussion forum for all Syn related products and services.

You Can Find Us There: